A happy throng gathered at Samye Dzong Edinburgh over the weekend of September 24th and 25th 2016 to enjoy an eventful and meaningful time with Lama Yeshe Rinpoche.

After giving Refuge and an inspiring public talk, Lama Rinpoche presided over the Official Opening Ceremony alongside Guest of Honour Sir David Steel. As they cut the ceremonial ribbon across the threshold, the jahlings, ably played by Ani Lhamo and Ani Kunzang, signalled the door to open as if by magic and piped everyone inside.

There followed a Guru Rinpoche Tsok Puja lead by Tulku Urgyen and Ani Rinchen Khandro, culminating in a sacred feast enjoyed by all. And as Lama Yeshe Rinpoche left to return to Samye Ling, a beautiful rainbow appeared over Leith, surely a blessing from Guru Rinpoche himself!

The opening day was documented by ace photographer Ai-Lan, a selection of whose memorable images can be seen below. 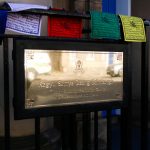 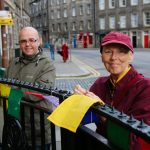 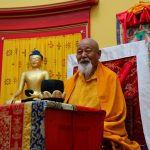 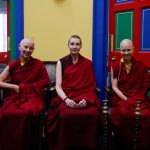 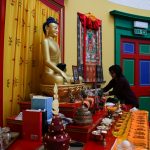 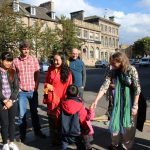 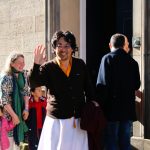 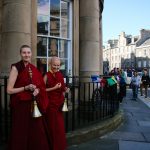 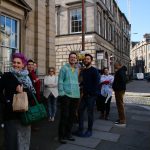 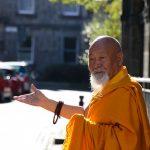 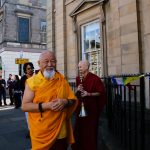 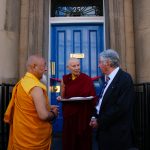 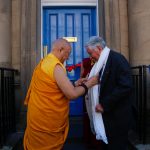 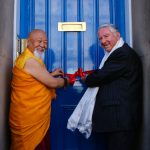 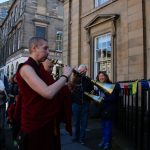 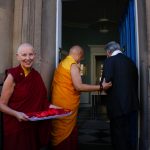 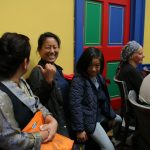 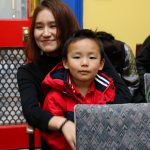 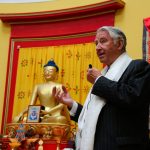 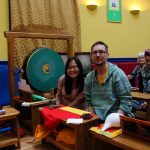 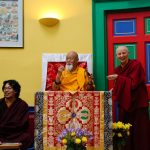 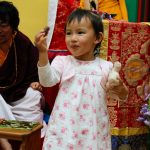 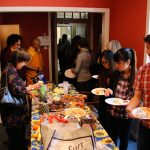 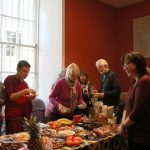 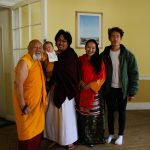 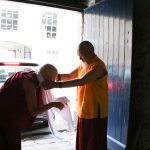 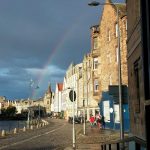